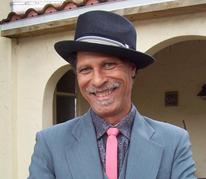 Roger has worked in many industries during his working career.

He has worked as a technician and as an  engineer in the electronic industry for many years.

He has worked in the the real estate industry since 1990.

He has been involved in the sporting world in almost every capacity imaginable.

He is also no stranger to the entertainment world

He has worked extensively in the service industry. He has owned, operated and managed several business throughout the years.

Now he has teamed with Tangie Russell as Co Owner and Administrator of  Ponce de Salon in Vero Beach.

His functions are to over see the daily operations of the salon among many other duties.